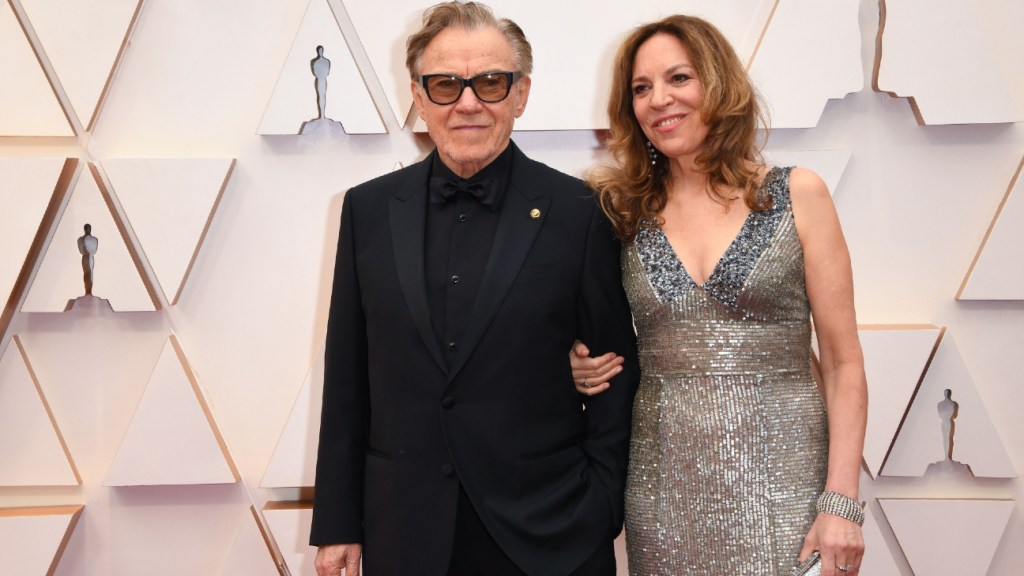 Harvey Keitel has a fantastic story about courting his wife of 20 years — and of course, his dear friend Robert De Niro is a part of the tale.

The Oscar-nominated actor on Wednesday dropped by The Late Show where he told Stephen Colbert about courting the love of his life, Daphna Kastner, which involved several crazy connections to his Taxi Driver and The Irishman castmate.

“I met my wife in Rome at a party for Robert,” Keitel told Colbert of their first meeting in the ’80s. “She allowed me to take her to dinner at the [Dal Bolognese Roma]. Then I called her back again a second night. She came and we had dinner together a second night. And then I asked her if she would like a drink in my hotel room — and she said, ‘No, thank you.’ And I spent a lot of money on her. It was a good restaurant,” he added, with a laugh.

Keitel said he would not see Kastner again for 17 years when they would reconnect at another party for — of course — De Niro.

“And there was this girl who I bought two dinners for at the Dal Bolognese 17 years ago and it was my wife, Daphna. And we stayed together. And seven weeks later, I was going to a film festival in Italy and I asked her to come with me. She said ‘yes,’ and on the flight, I said, ‘What do you think about getting married?’ She gave a great answer: she said, ‘OK.’”

He concluded, “The topper was, we get pregnant about a year later, and our son is born on Robert De Niro’s birthday.”