Home Entertainment Jonathan Taylor Thomas: Everything We Know About Why The Actor Left The... 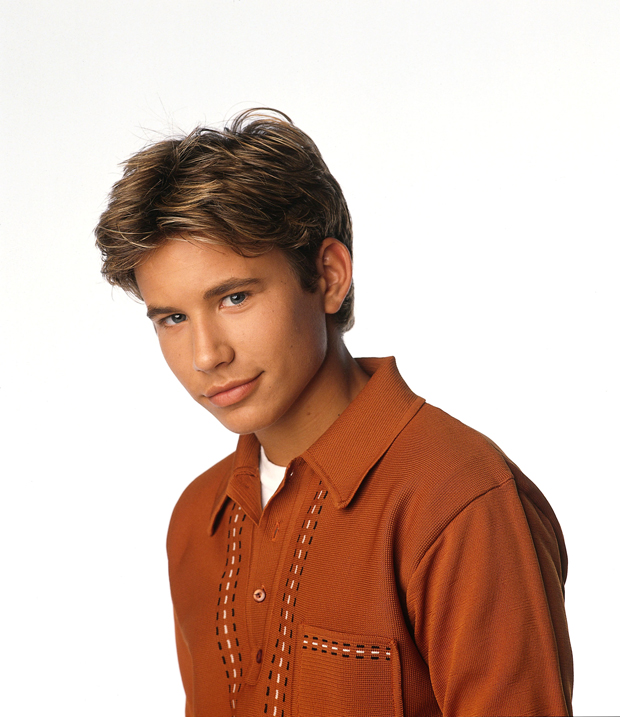 At one time, Jonathan Taylor Thomas was EVERYWHERE, but the ‘Home Improvement’ star left it all behind. Here’s what we know about JTT’s decision to walk away from fame.

It’s hard to understate just how big Jonathan Taylor Thomas was in the 1990s. As a child star, he was on practically every magazine cover. He starred in movies like I’ll Be Home For Christmas and The Lion King, and appeared every week on ABC’s Home Improvement. He was even the guest timekeeper at WrestleMania XI. Then, as the decade came to a close – so did his time in the spotlight. That’s why every ‘90s kid was shocked when JTT, now 39-years-old, was photographed while going for a stroll on June 20, 2021. It was their first glimpse of the ex-teenage heartthrob that they got in years.

Jonathan was spotted walking his two dogs out in Hollywood while casually wearing a hoodie, sunglasses, jeans, and a New York Mets hat. He took a drag from his vape pen and continued along his way. For those who only remember him from roles in Man of the House and Tom and Huck, it was surprising to see how much he’s grown – and it may have prompted them to ask, “where the heck have you been hiding?”

For those who are curious how Jonathan Taylor Thomas started his career and what made him walk away from it, here’s what we know:

Born Jonathan Taylor Weiss on Sept. 8, 1981, in Bethlehem, Pennsylvania, the future Home Improvement star relocated with his family to Sacramento, California, when he was four years old, per his IMDB profile. By age seven, Jonathan was working as a model for print advertisements. He quickly made the leap into acting, appearing in TV commercials for Kellogg’s cereal, Mattel toys, and other products. Apparently, the acting bug bit and bit him hard. Taking the stage name “Jonathan Taylor Thomas” –  Thomas the middle name from his one brother, Joel  Weiss – he landed his first major on-screen role as Kevin Brady, the son of Greg Brady in the 1990’s Brady Bunch spin-off, The Bradys.

The Bradys failed, and Jonathan was quickly looking for a new gig. After a one-off appearance on In Living Color in 1991, Jonathan landed the role that would make him a superstar: Randy Taylor, son of Tim Allen’s Tim “The Toolman” Taylor, on ABC’s Home Improvement. Jonathan was just ten-year-old when he first brought the middle Taylor child to life. With his trademark shaggy hair, blue eyes, and bright smile, Jonathan quickly became a teen idol for millions.

For seven seasons – 179 episodes in total – Jonathan worked hard at his career and his schooling. He would spend nine hours on set while also completing his studying and homework, per PEOPLE in 1994. As he juggled his TV show and school, his movie career was taking off. Arguably his biggest role is the one where you don’t see him but hear him. Jonathan voiced Young Simba in 1994’s The Lion King. It wasn’t his first voice actor work (he landed the title role in the American adaptation of The Adventures of Spot in 1987), and it wouldn’t be his last: he’d voice the main character in 1996’s The Adventures of Pinocchio, parts in videos such as Toto Lost In New York and The Nome Prince and the Magic Belt, as well as a recurring role in The Wild Thornberrys.

On camera, Jonathan appeared in the previously mentioned Tom and Huck and I Will Be Home For Christmas, as well as Wild America, Walking Across Egypt, Speedway Junky, and I Woke Up Early The Day I Died.

In 1998, Home Improvement began it’s eighth and, what it would be, its final season. However, Jonathan didn’t return, citing a desire to take time off and finish school. His character, Randy Taylor, went on an environmental study program in Costa Rica. His last episode was “Adios,” which aired on Sept. 29, 1998. Unbeknownst to anyone, it marked the beginning of the end of Jonathan Taylor Thomas’s time in the spotlight.

Jonathan didn’t return for the Home Improvement series finale in 1999. In the early 2000s, Jonathan only appeared in a handful of roles: he played Ian Randall in two episodes of Smallville, had a three-episode story arc on 8 Simple Rules in 2004, and appeared on an episode of Veronica Mars in 2005. After that, fans would have to wait eight years to see him again, when he reunited with Tim Allen for a handful of episodes on his show, Last Man Standing. Jonathan also directed three episodes of Last Man Standing — Haunted House” in 2013, “Hard-Ass Teacher” in 2014, and “Eve’s Band” in 2016.

And that’s about it. So, why did he kiss Hollywood goodbye?

In short: Jonathan Taylor Thomas was over it.

“I’d been going nonstop since I was 8 years old,” he told PEOPLE magazine in 2013. “I wanted to go to school, to travel and have a bit of a break.” After leaving Home Improvement and acting altogether, he studied at Harvard, Columbia, and St. Andrew’s University in Scotland. “To sit in a big library amongst books and students, that was pretty cool,” says Thomas. “It was a novel experience for me.”

Jonathan said that he didn’t regret the decision. At the time, he was focused on directing, writing scripts, and enjoying life. “I never took the fame too seriously,” he added. “It was a great period in my life, but it doesn’t define me. When I think back on the time, I look at it with a wink. I focus on the good moments I had, not that I was on a lot of magazine covers.”

It seems that Jonathan grew a distaste for the entertainment industry early on – and was already eyeing the exit at the pinnacle of his fame. “You can’t be trapped in this bubble called the acting industry,” he told Premiere magazine in 1996. “The industry is neurotic and weird, and so when I go home, and I play basketball with my friends. I’m not Jonathan Taylor Thomas. I’m just Jonathan. I don’t like hanging out with other actors and actresses.”

Jonathan also was experiencing burnout early on. “You have school, friends, learning your lines and making sure your performance is up to speed,” Jonathan told PEOPLE in 1994. “I can’t tell you how many shows I’ve done with full-blown migraine headaches” He also wasn’t that fond of fame. “It’s sometimes distracting to look over and see a whole group of girls staring and giggling,” he said in a 1997 interview with The New York Times after a gang of fawning female fans found him as he was filming Wild America.

“You are a part of their life, and there is a lot that is owed them. But it’s difficult because you want to make everyone happy, but if you try to do that, you’re setting yourself up for failure,” he told the Times.

“You know, how serious do you take this stuff?” Jonathon said in that Premiere feature when discussing other child actors.”  I mean, you should be focused on doing a good job, but… every job has an end. I think most of those children weren’t prepared for the end. I mean, it’s not the end of your life! You can’t base your life around one thing. So that’s why I focus on school, I play sports, I learn the technical side of [filmmaking]. Because sometime it’ll change, and I’ll have my education to fall back on.”

In 2017, Jonathan Taylor Thomas was elected to the SAG-AFTRA National Board, which leads the SAG-AFTRA labor union and represents around 160,000 entertainment workers across almost all screen-related fields, per The List. In 2018, Jonathan was reportedly working on a project with his former Home Improvement co-star Zachery Ty Bryan and Macaulay Culkin. Other than that, Jonathan Taylor Thomas is living his life, walking his dogs, and being happy.